. . . Aaand an Experiment with Color Copics 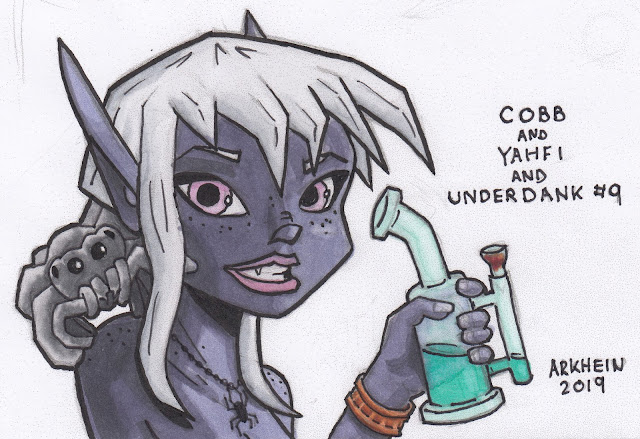 Posted by Arkhein at 4/29/2019 10:46:00 AM No comments:
Email ThisBlogThis!Share to TwitterShare to FacebookShare to Pinterest
Labels: Artsy-Fartsy, Yahfi 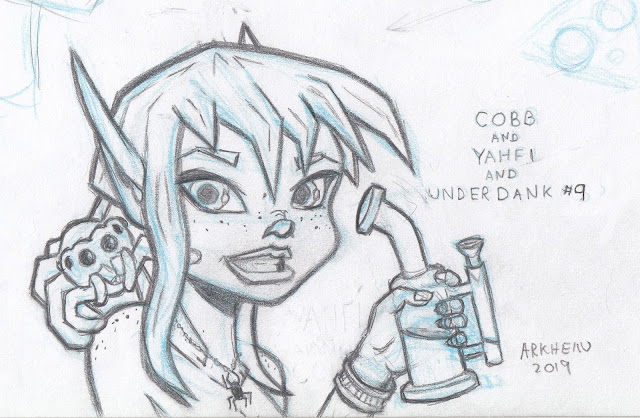 Been a while since I sketched in blue and am surprised at how much more helpful it is than I remember. BTW, meet Cobb, Yahfi's pet spider. This is his first public appearance and he's a bit shy.

- Ark
Posted by Arkhein at 4/27/2019 11:19:00 AM No comments:
Email ThisBlogThis!Share to TwitterShare to FacebookShare to Pinterest
Labels: Artsy-Fartsy, Yahfi 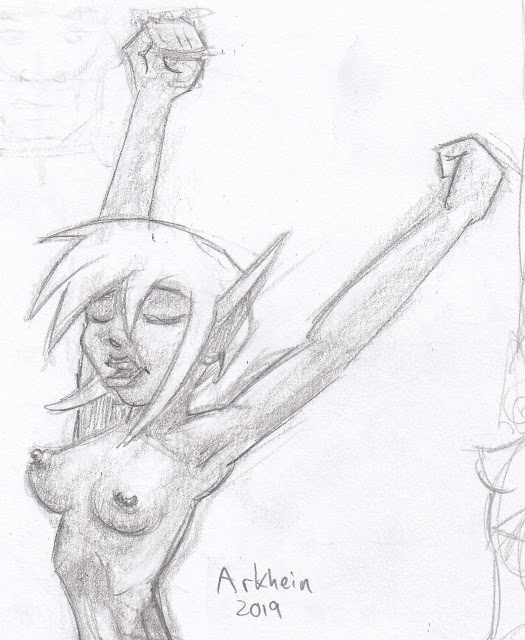 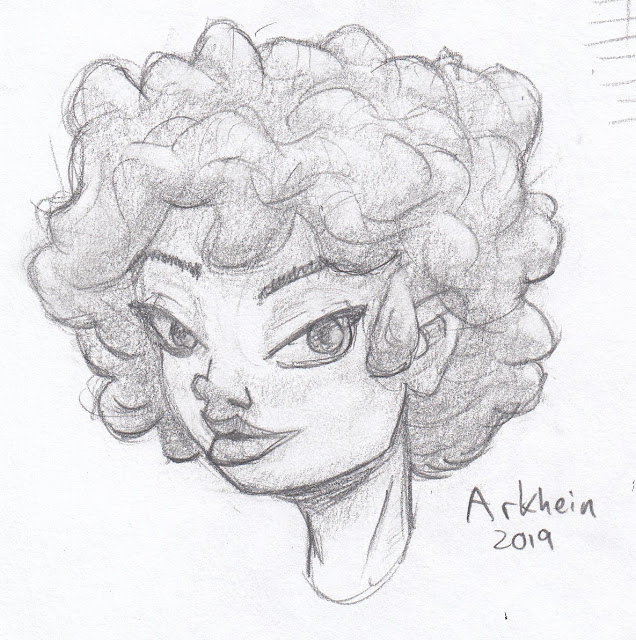 Posted by Arkhein at 3/27/2019 08:09:00 AM No comments:
Email ThisBlogThis!Share to TwitterShare to FacebookShare to Pinterest
Labels: Artsy-Fartsy, Drawing, Yahfi 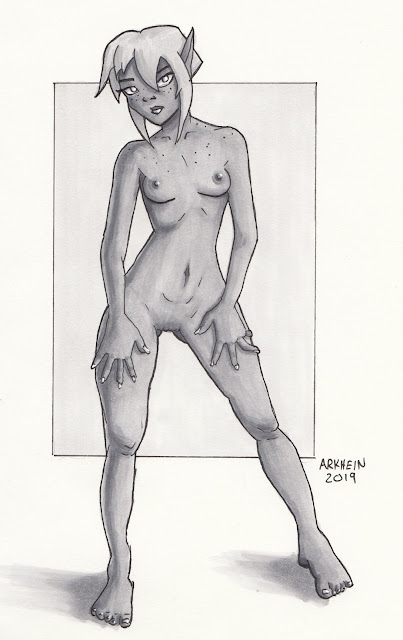 Been a while since I inked anything.  Here is Yahfi done in Copics. Enjoy.

Here are some Yahfis I've doodled this month: 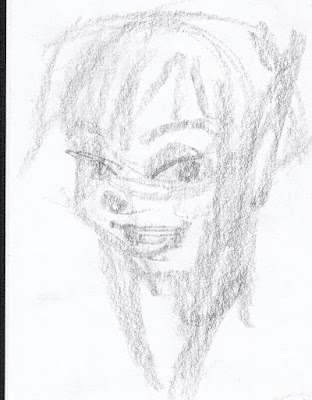 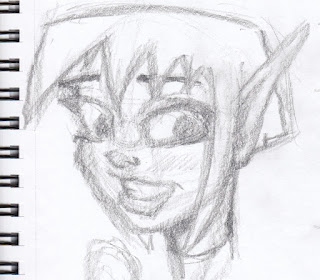 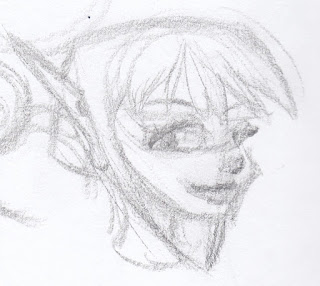 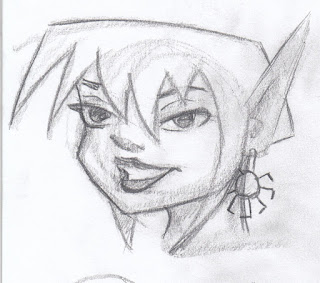 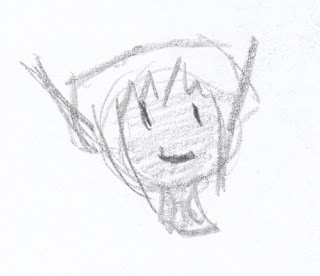 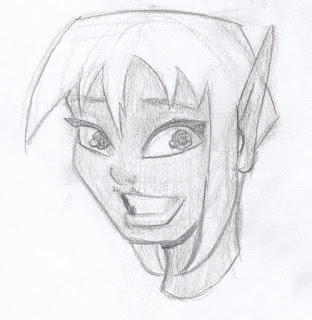 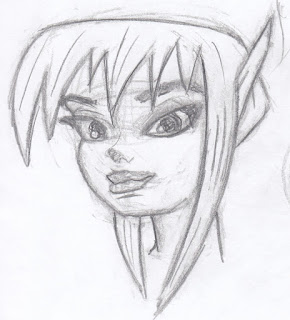 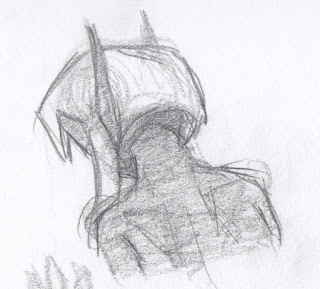 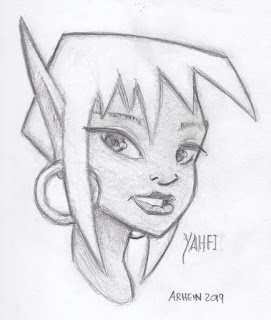 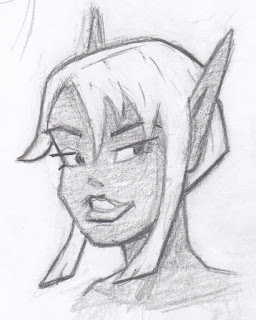 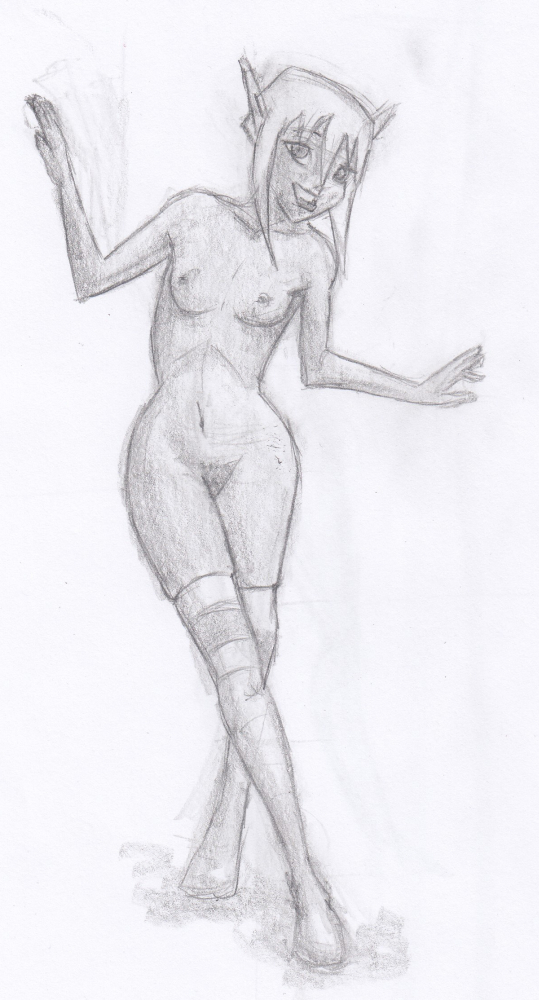 Posted by Arkhein at 2/21/2019 11:18:00 AM 5 comments:
Email ThisBlogThis!Share to TwitterShare to FacebookShare to Pinterest
Labels: Artsy-Fartsy, Yahfi 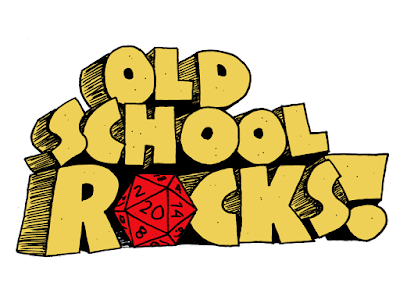 Zak always seemed to be in a swirl of controversy and on-line fights.  I had some interest in finding out what it was all about, but honestly, anytime I started to pull a thread and figure out what was going on, it turned out to appear so large and chaotic I became exhausted and lost interest.  Perhaps I should have dug more - but he was just some dude on the internet - a dude who bought two shirts from me.  I only ever sold two 'Old School Rocks' shirts - and he was the purchaser.  That little thing nudged me more on his side, and caused me to ignore some really weird behavior from him - i.e. - the fact that sometimes when someone he didn't like would reply to one of my G+ posts, he would send me a private message pointing out that the guy was scumbag and was evil because of x and y and z, etc, etc.  While that caused me some confusion and concern, I didn't think about it too much.  Shame on me.  It seems so obvious now.

As I mentioned in a post from 2011, "I Hit It With My Axe" was what led me to the OSR - revisiting previous styles of RPG play, and even starting this blog.  Up until yesterday I would have credited Zak with inspiring that, but thinking back, the bulk of the inspiration was really Mandy, Connie, Satine, and Frankie.  As a DM, I think I give DMs too much credit for great games.  And as a man, I probably give men too much credit as well.  Really, those ladies and their crazy-fun role-playing were what made that show, and were the ones who gave me the impetus to retrace my gaming roots and rediscover myself.

I applaud Mandy for her bravery and thank her for being an inspiration to me - even if I hadn't quite figured that out until just now.  Here is her statement from Facebook.

Posted by Arkhein at 2/12/2019 10:21:00 AM 2 comments:
Email ThisBlogThis!Share to TwitterShare to FacebookShare to Pinterest

My LGS came through is a big way: 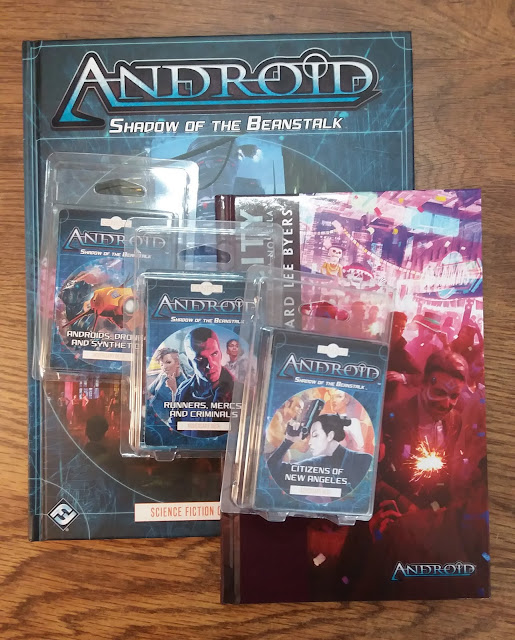 Yay!  All of the new Android RPG stuff: Shadow of the Beanstalk, the three adversary decks, and the latest novella Undercity, which has game stats in the back.  I've been chomping at the bit to play, what with the Cyberpunk 2077 hype going round and our Star Wars campaign wrapping up.  I've been studying the Android universe and am a big fan: 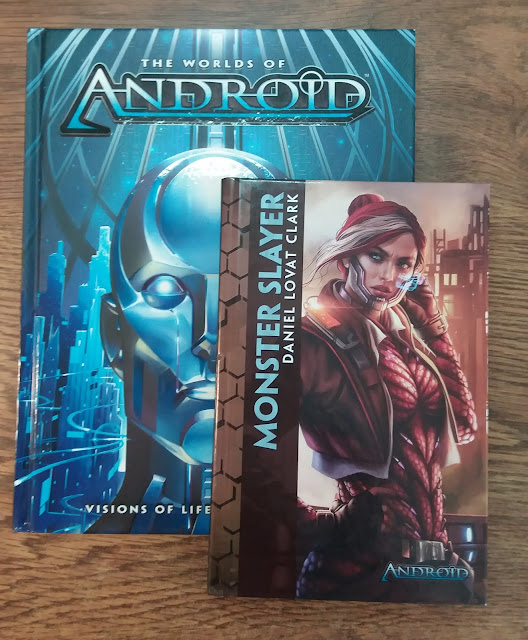 The Worlds of Android is a great resource, and the novellas are cool, with extra info on the characters, organization, and equipment stuck in the back.  There is also tons of information about the world in their now defunct card game, Android: Netrunner: 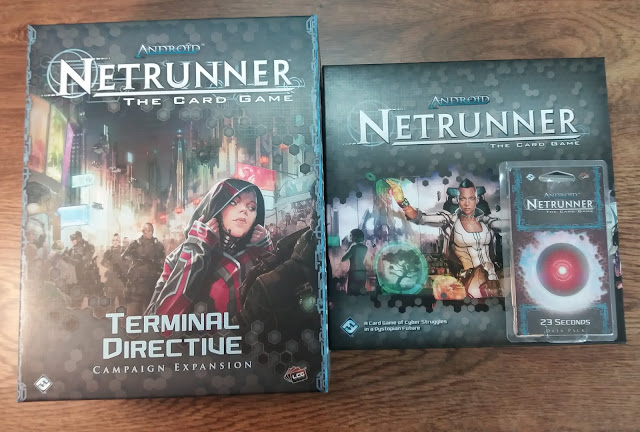 So, my Fantasy Flight/Genesys RPG shelf is almost full now.  Looks like I need another shelf. :) 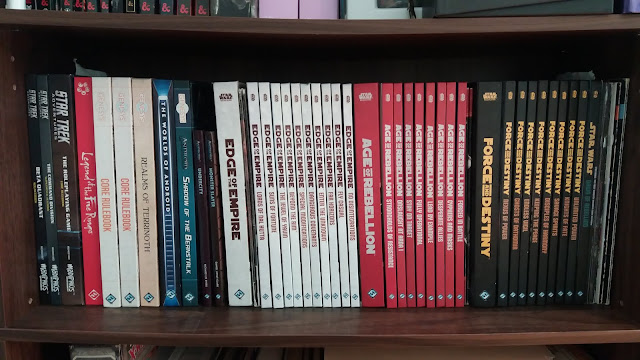 Have a good one!