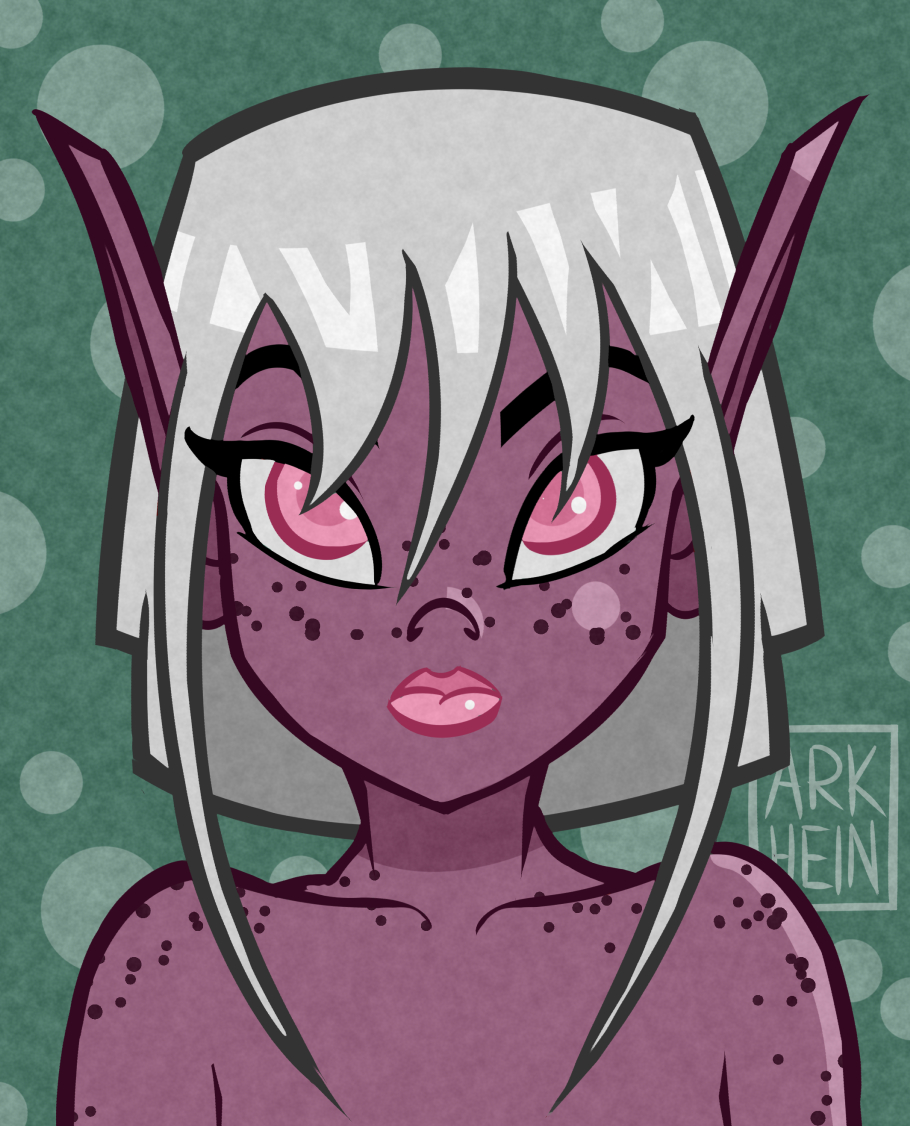 I'm planning to move the comic strip back to a more cartoony place stylistically, so I'm fiddling around with colors and lines and techniques.  Here is a stab at Yahfi.  Let me know what you think!
Posted by Arkhein at 11/21/2016 03:25:00 PM 2 comments:
Email ThisBlogThis!Share to TwitterShare to FacebookShare to Pinterest
Labels: Underfeet, Yahfi

Chelyse, Paladin of the Order of the Ancients 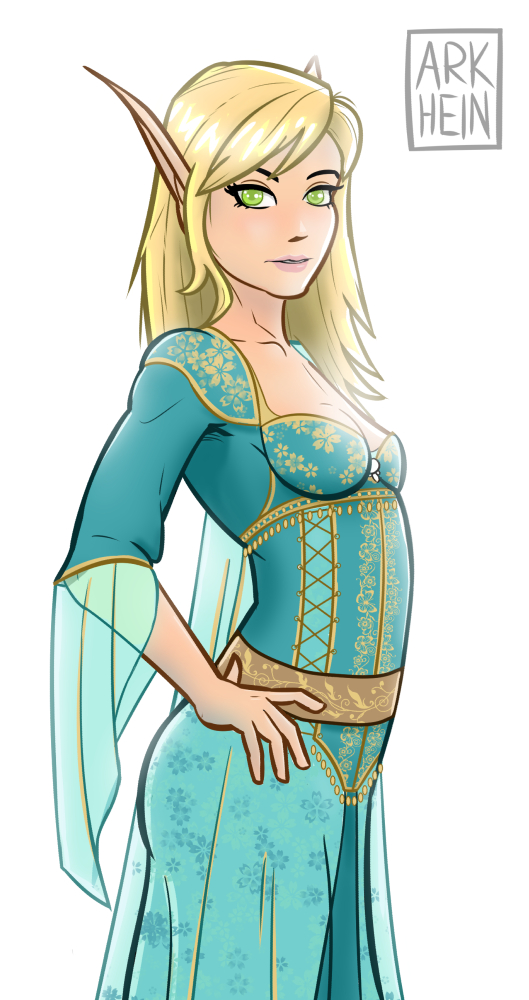 This is Chelyse, Ema's character in our current D&D game.  She is a paladin of the Order of the Ancients, and is the upstanding sister of my D&D pc Adryssa. She is the 'straight man' to my 'crazy-ass witch.'

That tom-foolery you are perpetrating?  Yeah, that.  Chelyse is not amused.

- Ark
Posted by Arkhein at 11/15/2016 04:44:00 PM 4 comments:
Email ThisBlogThis!Share to TwitterShare to FacebookShare to Pinterest
Labels: Dungeons and Dragons

Remember when I used to do lots of recaps of my RPG campaigns?  Yeah, it's been so long I don't remember either.  Well luckily Ema, one of our players, is going to be chronicling our adventures (see last post.) WARNING: this is not for the faint of heart.  Our game is drifting away from anything resembling a dungeon delve and beginning to look a hell of a lot like more like an telenovela version of Game of Thrones filmed in Galadriel's backyard.

(May the gods have mercy on my soul.)

- Ark
Posted by Arkhein at 11/06/2016 11:37:00 PM 1 comment:
Email ThisBlogThis!Share to TwitterShare to FacebookShare to Pinterest
Labels: Dungeons and Dragons 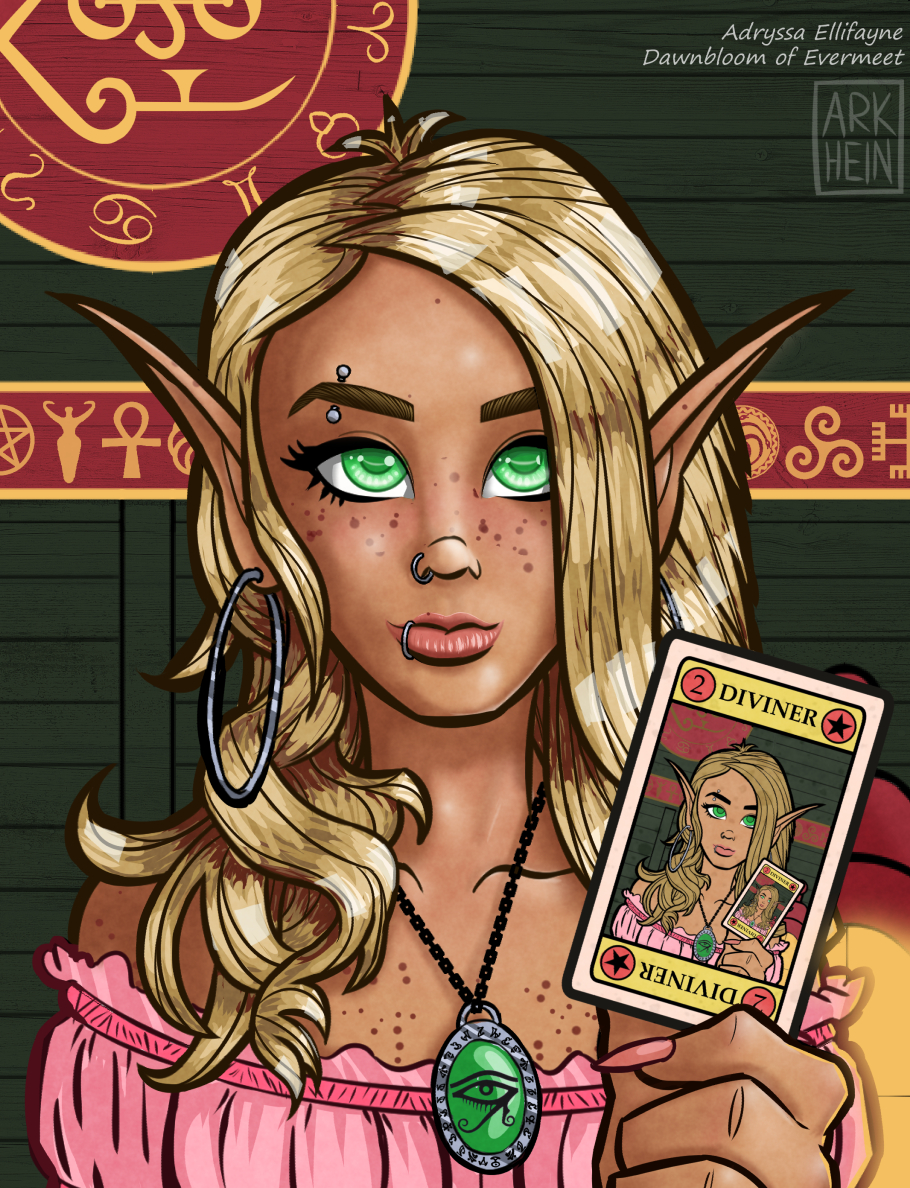 Adryssa is my current PC in our 5e D&D game.  She began life, at least conceptually, as one of the nameless Meat Funnel Mooks in a DCC campaign we played years ago.  I decided that my group of funnel characters were aspiring witches attempting to join a coven.  The survivor would be allowed to join and become a real witch.  Well, two of my characters survived.  I picked Florence the human, a psychotically evil character, to actually play.  The other survivor, Clarissa the human, became Florence's dim-witted lackey.  She would lug around heavy things and manage Florence's journal.  "Take that down Clarissa,' became Florence's catch-phrase.

Before Florence could realize her lifelong dream (which was to take over an orphanage so she'd have unlimited access to sacrificial victims,) the campaign wafted away on the wings of whatever that thing is where people don't play a campaign anymore.  Years later, we were getting prepared to play the 5e version of Ravenloft, and I began to toy with reviving the evil witch Florence.  But bringing an evil, corrupt, psychopathic witch into Barovia just seemed . . . redundant.

Sweet, innocent, dimwitted Clarissa then came to mind.  But could I play her going toe to toe against Strahd?

I decided that Clarissa had escaped Florence somehow, despite Florence frying Clarissa's mind so she could only remember the current day she was living in.  She had to constantly refer to Florence's notebook to remember what was going on.  The notebook would also be her spellbook, as she was now a wizard of the divination school.  I also made Clarissa paralytically afraid of death, crypts, dirt, bugs, and the undead.  There.  I was done.  Clarissa was indeed ready to go toe to toe with a vampire demi-god.

Oh the adventures that were had.  Clarissa made good friends with three child-eating hags - who reminded her of Florence.  This one time at a tavern, she and her friend Chelyse dressed up as gypsy sluts to gain access to some rich guys' house. And there was that time she accidentally set a church on fire and released a rabid vampire into the wild.  She did pick up a Tarokka deck and make it her magical focus, which was nice because she liked to play cards.  But the daft little witch spent most of her time refusing to go into graveyards, running from flaming skulls, and trying to figure out how to kill her friends and put their souls into bottles to escape Barovia.

So, to cut a long story short, we beat Strahd.  Clarissa even got the killing blow.  Well, she didn't.  Her army of creepy porcelain dolls brought to life with Animate Object hacked the vampire to bits while Clarissa hid most of the time behind her B-F-Elf Chelyse the Paladin of Corellon.  As I had picked Inheritor as Clarissa's background, we discovered that Clarissa was not a human, but a sun elf, and actually the .long lost sister of the Paladin Chelyse.  Evil curses, yanno. So, after escaping Barovia, they went back home to Evermeet.

Clarissa turned out to have an annoyingly long real name - Adryssa Ellifayne Dawnbloom, and was a member of royalty.  Eventually she will get bored of courtly intrigue and build a dimension hopping gypsy wagon to hunt monsters in.  But that's a story for another time . . .


Posted by Arkhein at 11/05/2016 12:17:00 AM 5 comments:
Email ThisBlogThis!Share to TwitterShare to FacebookShare to Pinterest
Labels: Artsy-Fartsy, Dungeons and Dragons Posted by Arkhein at 11/03/2016 06:58:00 PM No comments:
Email ThisBlogThis!Share to TwitterShare to FacebookShare to Pinterest
Labels: Artsy-Fartsy 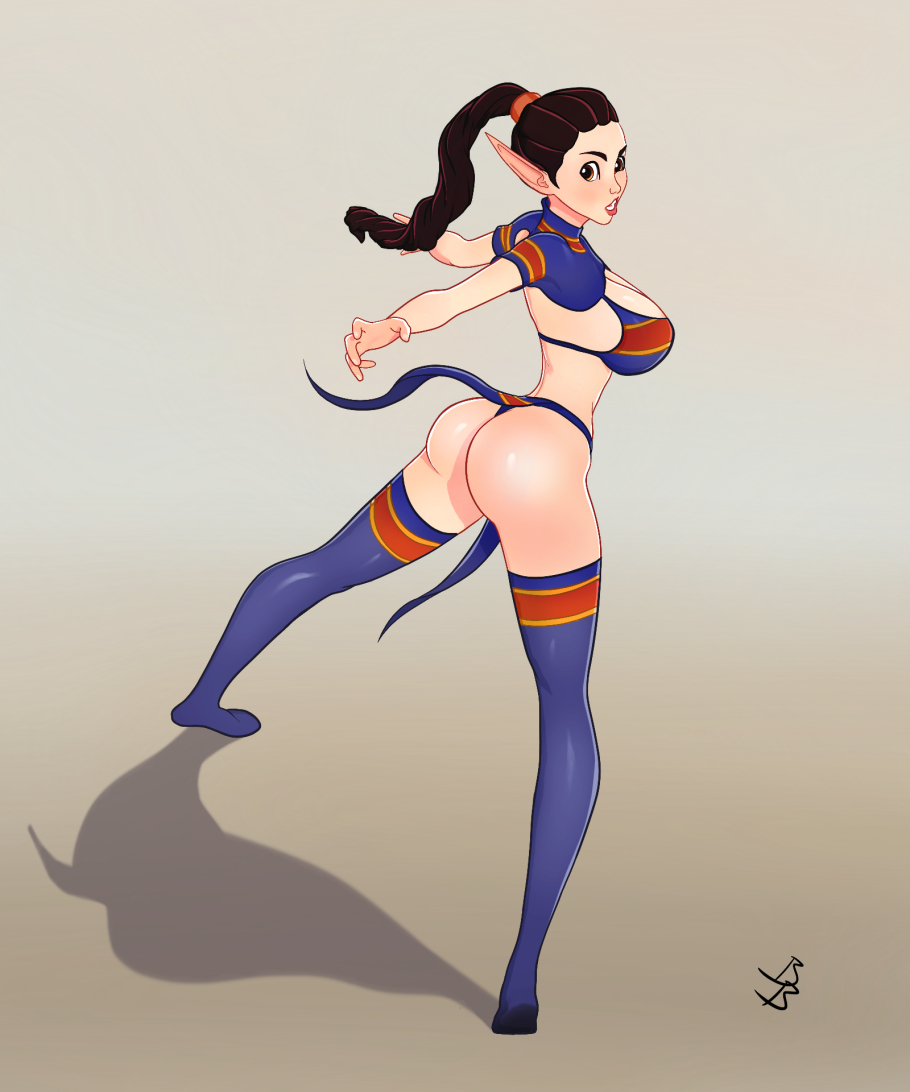 Here is another piece of art I did not do.  MyBadBunny drew his character Roxy dressed up as Vaina.  Go check out his stuff!

Posted by Arkhein at 11/02/2016 09:09:00 AM No comments:
Email ThisBlogThis!Share to TwitterShare to FacebookShare to Pinterest
Labels: Underfeet
Newer Posts Older Posts Home
Subscribe to: Posts (Atom)